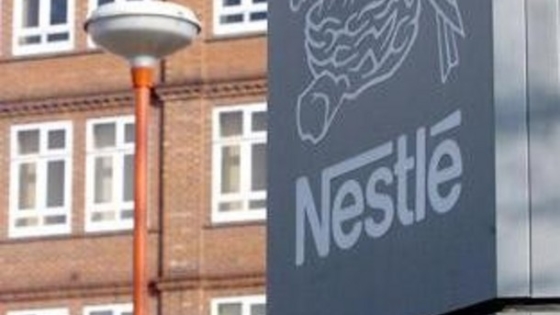 The appeal, which was only launched on Tuesday, will help York residents affected by the flooding to get back on their feet.

Funds will provide essential household items, such as carpets and washing machines, and the costs of living in temporary accommodation or paying for extra heating.

Dame Fiona Kendrick, Chairman and CEO of Nestlé UK and Ireland said: “As one of York’s biggest employers it has been very concerning to see the effect of these floods on the local community. We want to join those who have rallied round to support the relief effort, including many of our employees, and we have already been able to provide food, drink and other supplies. We now hope this £100k donation will help the York Flood Appeal provide vital support to those in need at such a difficult time.”

The York Disaster Fund – a local charity established in 2000 in response to the floods that year - set up the York Flood Appeal. The Two Ridings Community Foundation, the local community foundation for York, North & East Yorkshire is hosting the appeal on behalf of the charity.

Steve Stewart, Chief Executive of City of York Council, said: "We’ve been overwhelmed by the response from both businesses and members of the public who have offered their time, donations and financial assistance to give relief to the people directly affected and the communities around them. We thank Nestlé for this generous donation, which will undoubtedly go a long way to helping York residents get back on their feet.”

The Rt Hon the Lord Mayor of York, Councillor Sonja Crisp, who is on the board for the York Disaster Fund: said: "The boost to the York Flood Appeal from Nestlé is fantastic news. We have over 600 families affected by the floods in York and the fund will make a huge difference to the help we can provide to those families in need."

The Archbishop of York Dr John Sentamu said:"After all the grim experiences which York residents have had to cope with during and following our recent flood, it is tremendous encouragement to hear that our city's historic chocolate industry is once again leading the way in local philanthropy with a £100k donation to the York Disaster Fund 2015 Flood Appeal. The need is very great - I am sure Nestlé's lead will urge others to follow."

For advice and support on the York floods visit www.york.gov.uk/floods Businesses or individuals who wish to donate to the appeal should contact Jan Garrill, of Two Ridings Community Foundation or go online at www.trcf.org.uk