The Fair City – A Celebration of Dublin by Nestlé

Culture, art, history and taste, Dublin has it all and features in a new video series produced by Nestlé that looks at the communities they are a part of.

This video of the series is presented by Laura Brady, Shopper Marketing Manager at Nestlé Ireland who gives a tour of the city showing the viewer its unique characteristics before telling us some of the initiatives and partnerships in the community that Nestlé Ireland work with. 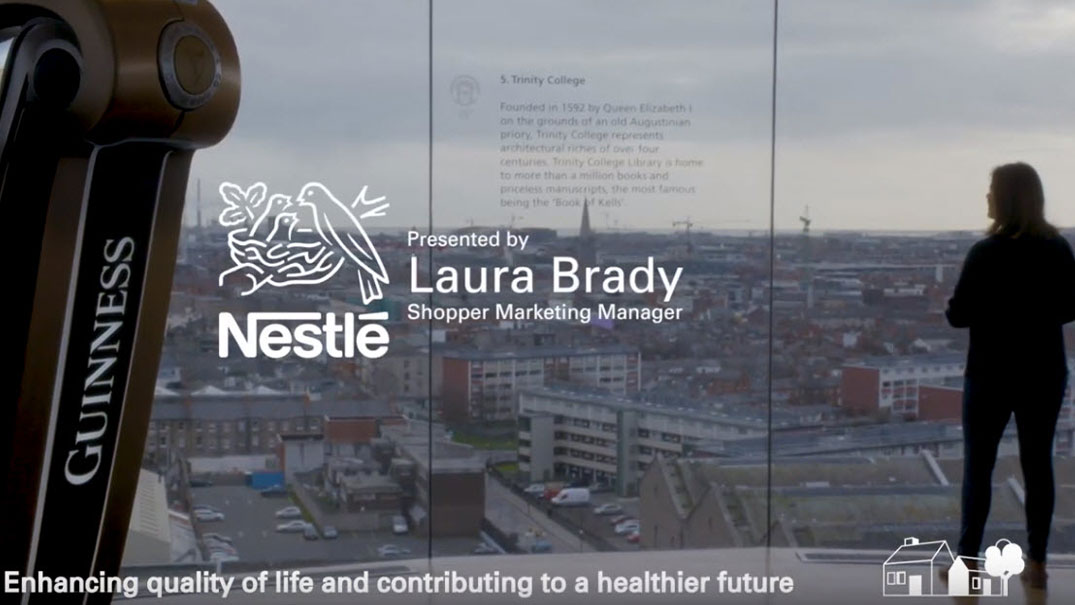 Founded close to the 10th century, Dublin was originally a Viking settlement named Dubhlinn meaning ‘Black Pool’ and has since grown to become the multi-cultural city it is today. The capital city of Ireland is well known for its architecture, art, history and culture and is well loved by both its residents and those who visit.

Dublin has been home to Nestlé Ireland Limited since 1893 and continues to grow along with the city. Supporting the community is something we are passionate about and is something that is important to the Nestlé Ireland team. Laura talks through some of the more recent initiatives that Nestlé Ireland have been contributing to.

“Since 2014, we have delivered free employment skills training to early school leavers and young employed people”. This is only one example of the initiatives that Nestlé Ireland are involved in, others include a partnership with food charity ‘FoodCloud’ to ensure that none of our surplus food makes its way to landfill and is instead redistributed to Charity Partners.

Nestlé Ireland works with other charities including the Simon Community, the Dublin Society for Prevention of Cruelty to Animals (DSPCA) and more recently Pieta House – a suicide prevention charity in Ireland. Previously, Nestlé has helped raise over €700,000 for charities in Ireland including the Jack and Jill Children’s Foundation, Irish Autism Action, Down Syndrome Ireland and the Irish Society for the Prevention of Cruelty to Children (ISPCC), as well as donating thousands of KitKats we have donated 3.25 million cups of Nescafe to date.

We are also proud to be one of the few companies in Ireland to be awarded the ‘Diversity Silver Accreditation’ which recognises excellence in inclusion and diversity in the workplace.

“We’ve been here for over a hundred years working with local communities and supplying Irish families with their favourite Nestlé products, here’s to the next 100 years!”

Nestlé, the world’s largest food and beverage company, is shining a light on its UK and Ireland communities where it has a presence – see all the films in the ‘Nestlé Communities’ series.