Industry is a thirsty thing. After agriculture, it's the biggest user of fresh water around the world. About 22% of our water is used by industry, compared (pdf, 2 Mb) to 8% in our homes.

In the United States alone, industrial water use is around 6 billion litres every single day.

So how on earth do you go about making a 'zero water' factory?

When it comes to saving natural resources, often innovation holds the key. That is certainly the case at Nestlé's powdered milk plant in Lagos de Moreno in Mexico.

The ground-breaking factory, which opened in 2014, extracts water from the milk it processes instead of drawing on an outside supply. By doing so it saves 1.6 million litres of water per year, about 15% of Nestlé's entire water use in Mexico. And the technology which has transformed the Mexican plant will soon save even more water elsewhere.

Two factories in Brazil have gone 'zero water' and four more will come online in the country by 2018. Going forward similar plans are in place for facilities in South Africa, India, Pakistan, China and California.

After years of drought, California understands what a precious resource water is.

Efforts to reduce the amount of water used in industry are of particular importance. Nestlé is cutting water consumption at the five water bottling plants and four food and pet care facilities in the state.

Work is already underway to transform the milk factory in the city of Modesto. As a 'zero water' facility it will not use any local freshwater resources for its operations.

The CHF 7 million project should save nearly 286 million litres per year when it is completed in 2018.

At Nestlé factories in Bakersfield and Tulare, savings of more than 98 million litres of water each year are being made through water conservation measures. These will potentially reduce the plants' absolute annual withdrawals by 12% compared to 2014 levels.

Nestlé Waters' bottling plants in California should save 208 million litres of water a year. That's a reduction of nearly 8% compared to 2014.

And work is underway to implement the Alliance for Water Stewardship standard in each of the factories.

Nestlé uses a 3-phase approach to reduce water in its factories around the world.

First, engineers look for ways to optimise the existing manufacturing processes to reduce water use. Second, they look for opportunities to reuse the water already being used. In the third phase they deploy innovative methods to extract water from raw materials and recycle it. The 'zero-water' factory is an example of third-phase innovation.

This triple-pronged approach has been used in more than 80 factories worldwide, enabling an overall reduction in water usage of 25% since 2010.

Across the entire company, Nestlé has 516 water saving projects at its factories, saving 3.7 million m3 of water every year. That's the equivalent of 1500 Olympic-sized swimming pools.

Innovation and careful management has helped Nestlé cut water consumption by a third over the past ten years. But the job is never done. The company constantly reviews its use of resources and is committed to staying at the forefront of efforts to increase efficiency and reduce all types of waste wherever possible.

KitKat, but make it vegan. That was the brief for Emma Josrolland and the team…
Read More 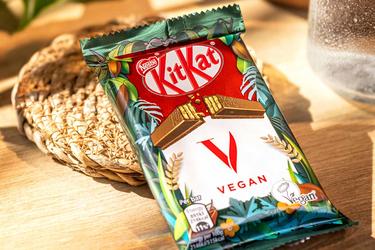 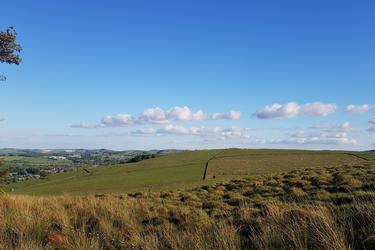 Agriculture
Could what your ancestors ate affect your health today?
Read More 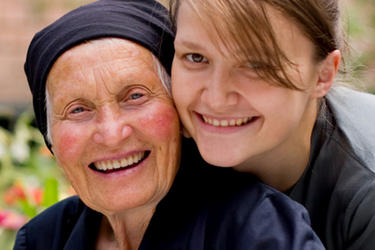