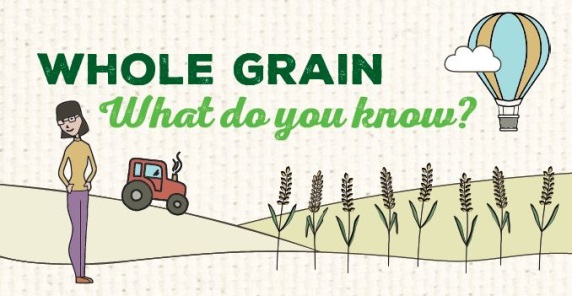 There is significant confusion among consumers in the UK about how much whole grain should be consumed daily. While seven in 10 (70%) people believe it is important to eat whole grain, the vast majority (95%) admit they don’t know how much they should consume. Just a third (33%) of those surveyed think they eat enough.

The new study of over 2000 people in the UK by Cereal Partners Worldwide, the producer of Nestlé Breakfast Cereals, suggests that part of the confusion may be due to people not knowing how much whole grain to consume or where to find whole grain, with a third (35%) saying they think people don’t know what foods contain it.

The World Health Organization recommends an increase in whole grain consumption along with increases in fruits, vegetables, legumes and nuts for the prevention of chronic disease2. Higher consumption of whole grain has been associated with a reduced risk of heart disease, obesity, type-2 diabetes and bowel cancer.

The research also finds that almost two-fifths (38%) think that people don’t eat enough whole grain because they do not understand the benefits of doing so.

Positive messages cited by participants in the UK  include that whole grain can be high in fibre (63%) and good for digestion (58%), but the broader benefits are not as widely known. Just half (50%) believe it is good for the heart and only 13 per cent think that it can help reduce the risk of type-2 diabetes.

Despite the benefits, only three countries – the USA, Netherlands and Denmark – have a quantitative recommendation for whole grain. The USA recommends a minimum of three servings per day (equating to at least 48g), while Denmark recommends between 64 – 75g per day, depending on gender. Denmark has seen a 72% increase in whole grain intake, following the introduction of guidelines alongside a government-backed campaign.

“We know that whole grain is good for us and that it’s an important part of a balanced diet. That’s why we’ve taken significant steps over the past decade to make our breakfast cereals better, by making whole grain the main ingredient in most of our cereals and improving the nutritional profile of our products.

“However, our new research shows that people need help knowing how much whole grain to eat and importantly why getting more whole grain in our diets matters.

“We see an opportunity for governments, academics and industry to back a global commitment to help inform people about whole grain and to increase the availability of whole grain foods.  The first step on this journey is to agree to a set of global guidelines for recommended daily whole grain intake.”

“Whole grain is an essential component in the diet providing us with an important source of fibre and other nutrients which help to prevent heart disease, diabetes and weight gain. Clearly we are not eating enough whole grain globally and not enough is understood about the benefits of it – we need to do more to help people understand how to achieve a balanced diet.”

Five ways to ‘go whole grain’ are to:

The findings are released ahead of the 2017 International Whole Grain Summit which takes place in Vienna from 13 - 15 November and brings together stakeholders in the whole grain supply chain to review the latest scientific thinking, set priorities and agree on key actions that must be taken to increase whole grain intake.

Cereal Partners Worldwide (CPW) is a leading global breakfast cereal company and the maker of Nestlé Breakfast Cereals, including favourites such as NESQUIK®, FITNESS®, CHEERIOS® and CHOCAPIC®. With more than 50 brands to suit all ages and lifestyles, CPW strives to make breakfast better with nutritious, tasty and convenient food that helps people start their day in the best possible way.

Established in 1990, CPW is a long-standing partnership between Nestlé and General Mills, bringing together the world-class capabilities of both companies. Headquartered in Switzerland, CPW has a strong global network of 4,200 employees, 17 production facilities, four R&D centres and sales in more than 130 markets. For more information visit: www.cerealpartners.com