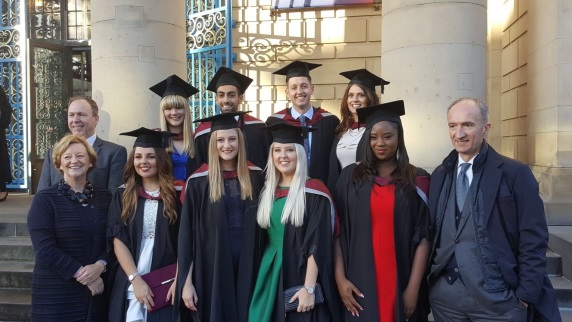 Nestlé Academy recently hosted a graduation ceremony in York for nearly eighty of its graduates and apprentices from across the UK and Ireland. Over 100 guests attended the event, including some of Nestlé’s training providers and Alliance4YOUth partners. The graduation ceremony was a celebration for all those who have completed their Academy programmes and are now starting the next chapter in their Nestlé career journey.

The evening recognised the successes of all throughout their programmes, with six individuals being awarded for their exceptional achievements during their first few years in the business.

“I was thrilled to congratulate all of them for reaching the end of their respective schemes and the fantastic results they have already achieved. The Academy and the people it supports are vital in ensuring we have the right people with the right skills to accelerate our business into the future. Every single one of them in the room should be proud of their achievements.” 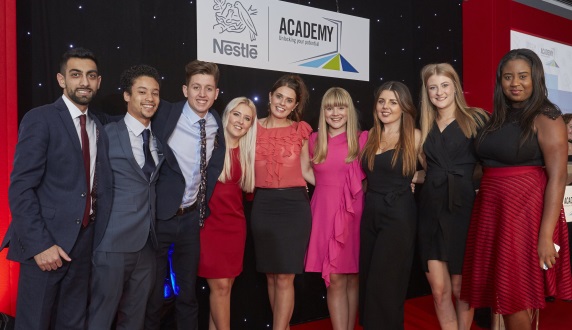 Each graduate was presented with a certificate, including the first group of Nestlé Chartered Manager Degree Apprentices who also attended an official graduation ceremony at Sheffield City Hall the same week. A significant milestone for Nestlé Academy, the group of nine students were part of the first partnership between Nestlé and Sheffield Hallam University Business School, in which the students were placed in a paid Nestlé role while they studied for their degree. Five of the students were awarded a first-class degree.

The group will complete the end point assessment for the Chartered Manager Degree Apprenticeship in February and will be amongst the first in the country to do so.

They will continue in their permanent roles at Nestlé and will become a professional member of the Chartered Management Institute.

The apprentices rotated around four of the core Nestlé business functions - sales, marketing, supply chain and HR – over two years, before specialising in one of those functions in their third year. At the same time they studied for a fully funded business degree at Sheffield Hallam University, undertaking real projects from their work into the university environment.

The University's five-year collaboration with Nestlé to develop this bespoke degree apprenticeship is part of Nestlé’s UK commitment to Nestlé’s Global Youth Initiative, supporting young people around the globe as they enter the world of work.

Nestlé is now building on the successful model with an Operations Degree Apprenticeship, to develop future operational managers in its factories. The first group started in September.

If people are interested in finding out more about Nestlé’s Degree Apprenticeship opportunities, please visit: www.nestleacademy.co.uk