Rowntree’s Fruit Pastilles, one of the UK and Ireland’s most popular confectionery brands for almost 140 years, is to become vegan friendly.

Nestlé technicians trialled over 30 recipes before arriving at the new formulation. Their mission was to remove the gelatine while ensuring the sweets retained the fruity flavour and iconic chew they are famous for.

Meg Miller, Brand Manager for Rowntree’s said: “We’ve had many requests from consumers over the years asking if we can make Fruit Pastilles vegetarian or vegan. We want the brand to be enjoyed by as many consumers as possible and so we are delighted to be able to introduce our new vegan friendly recipe across the full range of sweets. 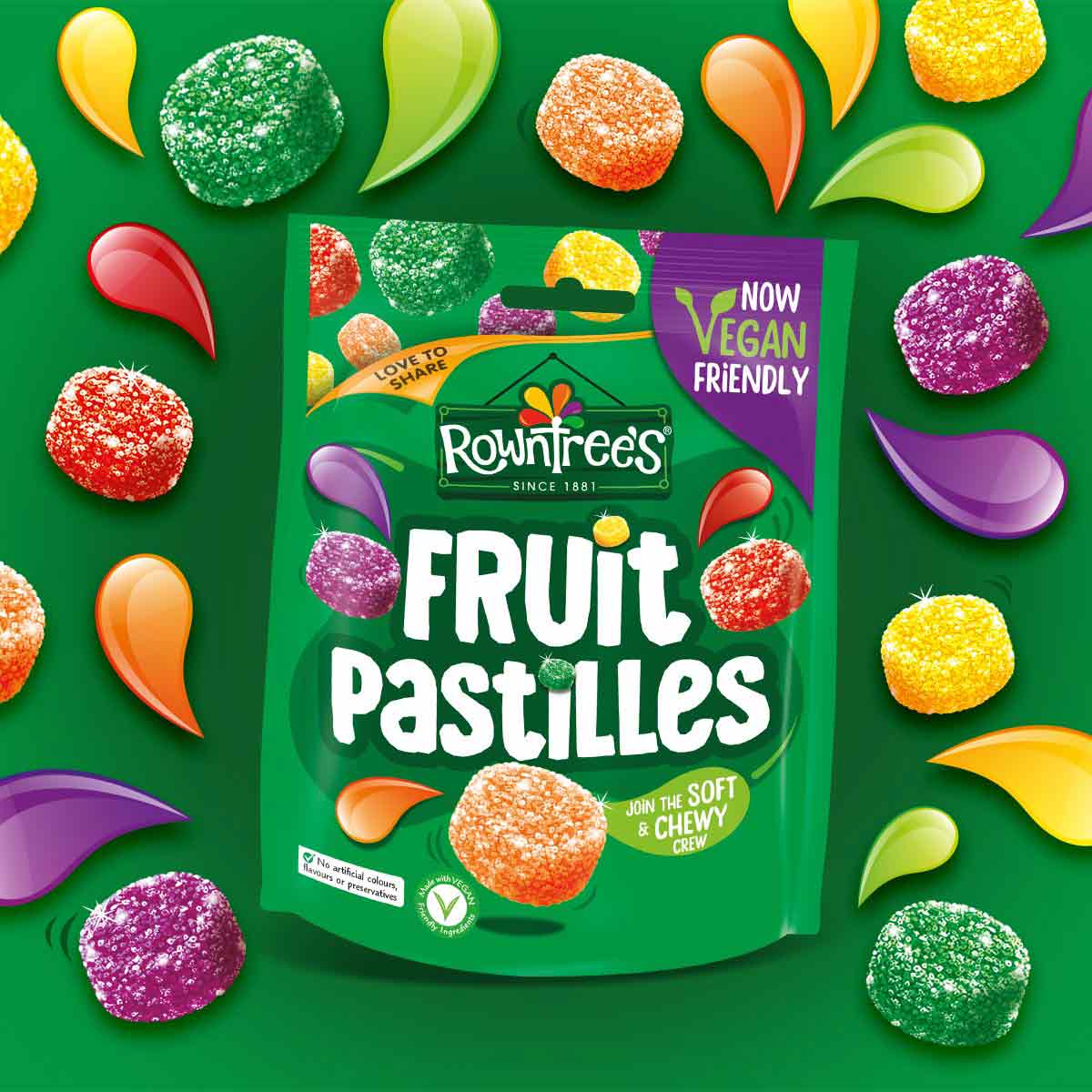 “In developing the new formulation, we were very conscious of our responsibility as custodians of this much-loved brand and its long history. Through this recipe change, we’ve made the sweets slightly softer, which we know has been a market trend for a number of years. However, our priority was to preserve the fabulously fruity chew that has made Fruit Pastilles a classic for almost a century and a half.

“The product development specialists at our factory in Fawdon have spent a huge amount of time and care perfecting the new formulation. We hope all Fruit Pastilles fans will agree that we have succeeded in developing a recipe which is as deliciously chewy as it has ever been, whilst at the same time being suitable for those following vegetarian, vegan and religious diets.”

Fruit Pastilles, a mix of blackcurrant, lemon, strawberry, lime and orange chewy sweets, contain no artificial colours, flavours or preservatives. They were invented by brothers Henry and Joseph Rowntree, working with French confectioner August Claude Gaget, at their cocoa works in York in 1881.

Fruit Pastilles are enjoyed by 15 million people every year and 49 million sharing bags are sold. They are made at Nestlé’s factory in Fawdon, near Newcastle-upon-Tyne, which produces up to 150 tonnes of the sweets a week.