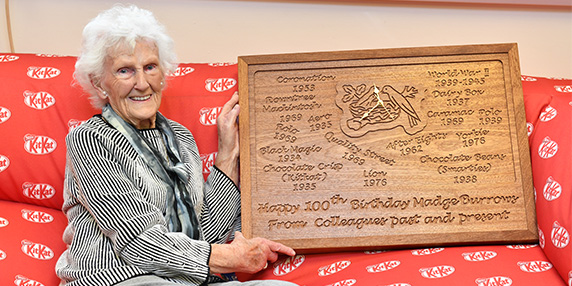 A former worker at Nestlé’s York site, Madge Burrow, who celebrated her 100th birthday last week, returned to reminisce and to watch footage retrieved from the Nestlé UK archive at confectionery headquarters. 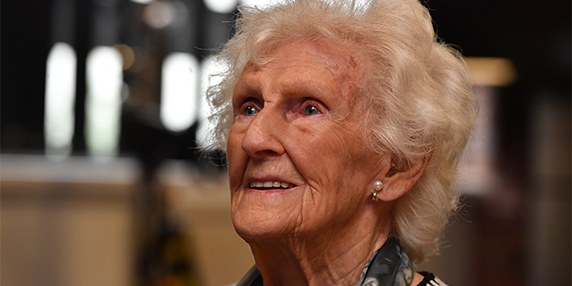 Watching the footage, the memories came flooding back as she recalled how she and her colleagues used to sing together on the factory floor.

Madge’s role involved putting ribbons on decorative chocolate boxes. She once made a box especially for Queen Mary to commemorative her royal visit to the York factory in May 1933. As a thank you for her hard work, Madge was presented with her own commemorative carved clock by the senior factory leadership team. 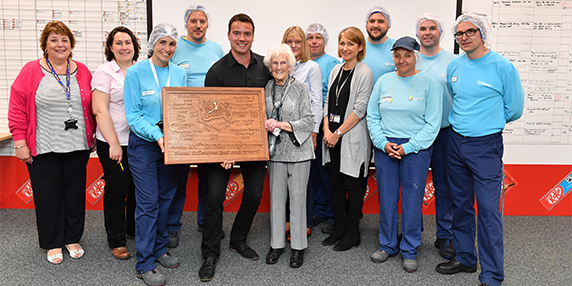 Speaking with Nestlé Historian Alex Hutchinson Madge shared some insight into how much has changed for workers in the past 100 years. She said: "I was 14 years old when I started at Rowntree’s (now Nestlé). I'd work from 7:30am to 5:30pm Monday to Friday and get 11/- at the end, 10/- went to my Mum for my bed and board and the remainder I kept for pocket money. I have very fond memories of working here, I’d come back tomorrow if they’d let me!” 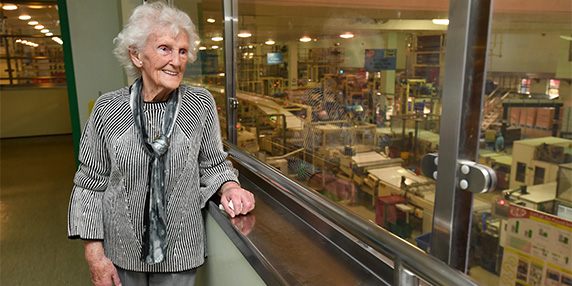 Nestlé Historian Alex Hutchinson said: “Madge worked for Rowntree’s during the golden era of confectionery, when brands like Kit Kat, Aero, Black Magic and Dairy Box were invented. It sounds like she had a wonderful time working here, but it also sounds like pre-war jobs for women like Madge were tough. It’s almost impossible to imagine what it was like to live in a world where women didn’t have equal pay, permanent employment contracts, or the same protection for working hours that we have now. It was a privilege to meet Madge, and I’m glad to hear that she’d like to come back and work here again, but I think she’d find it much changed; we’re closing the gender pay gap, paying a living wage, and give our factory floor workers more than one set of overalls!” 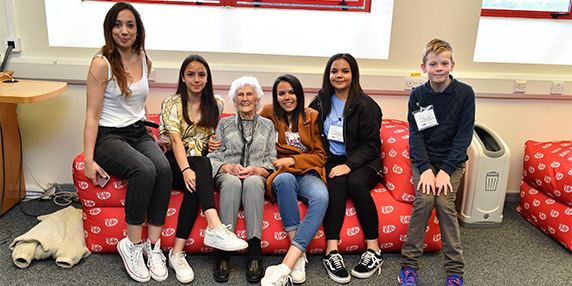 Madge was accompanied by her daughter, two granddaughters and her great grandchildren for the visit.