Nestlé’s UK & Ireland LGBT+ Network has been shortlisted as a Top 10 Network Group in the 2020 British LGBT Awards, an annual celebration that shines a spotlight on the role models and organisations working tirelessly to better the needs of LGBT+ people across the nation.

Nestlé’s UK and Ireland LGBT+ Network was formed in 2016 and since then has grown into a network of over 220 members and allies. Co-Founder and Chair Emma Scott, who leads a team in Nestlé’s IT department, said of the nomination: “I’m so proud of how far the Nestlé UK and Ireland LGBT+ Network has come in such a short amount of time. What started as a conversation over a Nescafé with a colleague has grown into a highly influential and effective network. The hard work has been extremely rewarding, for example we have been able to offer vital support and advice for our LGBT+ colleagues, some of whom previously struggled to truly be themselves at work. Alongside our support network, we are committed to ensure Nestlé is one of the best places to work in the UK for people who identify as LGBT+. We are making great strides in this ambition, which has included joining the Stonewall UK Workplace Equality Index, reforming our HR policies around transitioning at work and making our parental leave policy gender neutral.”

The Nestlé LGBT+ Network, now in its fourth year, has brought together LGBT+ colleagues from across Nestlé’s UK and Irish sites and includes representation from offices, boutiques and production facilities. The network has organised participation at Pride events every summer for the last 4 years and in 2019 marched with hundreds of members and allies at York, Dublin and Brighton Prides. 2019 also saw the initiation of a Nestlé LGBT+ Allies Network, a group of colleagues dedicated to supporting LGBT+ colleagues and ensuring equality across the business. 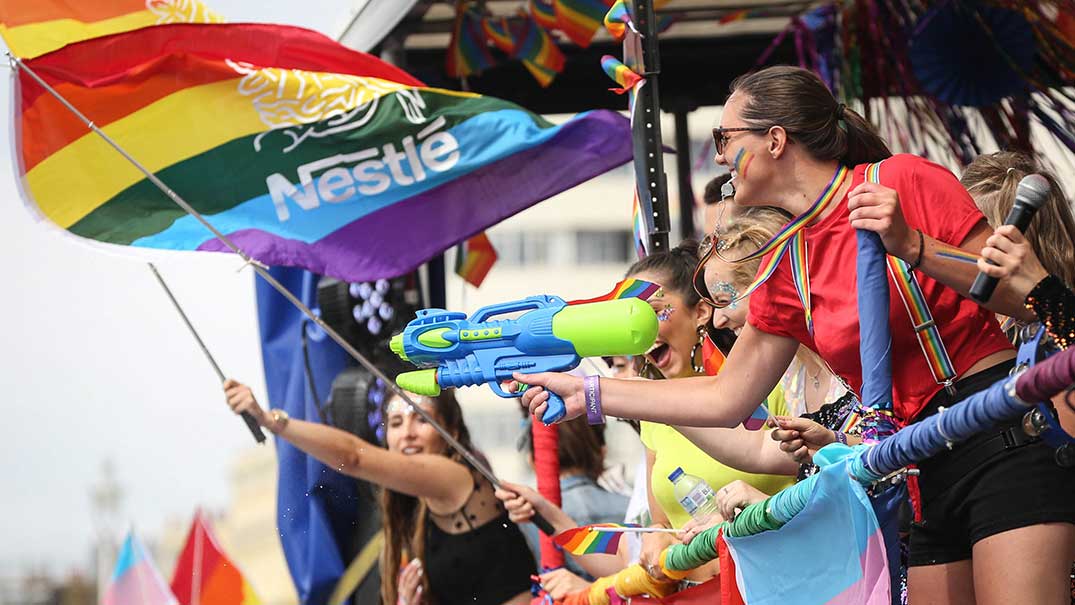