As part of Nestlé Ireland’s support for the enterprise, they have taken part in FoodCloud's video series to inspire Ireland to halve their food waste over the next decade.

In partnership with the food industry, charity partners and the Environmental Protection Agency (EPA), FoodCloud has produced several short films which outline how redistribution of quality food benefits communities and reduces greenhouse gas emissions. The initiative calls on Irish food manufacturers, suppliers and farmers to donate their surplus food to charities which would normally go to waste.

Andrew Shaw, Country Manager Ireland, said; “Fundamentally, we believe it’s the right thing to do. We understand that FoodCloud has operating costs beyond just receiving the surplus stock. There’s a number of activities that they have to undertake before that products gets to the charity. At the end of the day they need to sustain their business model, and we believe this is helping them to do that.”

To date, FoodCloud have redistributed over 19 million meals, an estimated food value of €24 million. Since Nestlé’s partnership began with FoodCloud, Nestlé Ireland has contributed 8 tonnes of surplus food to be redistributed to charities, which equates to approximately 17,000 meals. Nestlé Ireland is also the first supplier in Ireland to also provide a per pallet contribution to aid FoodCloud to be financially sustainable. 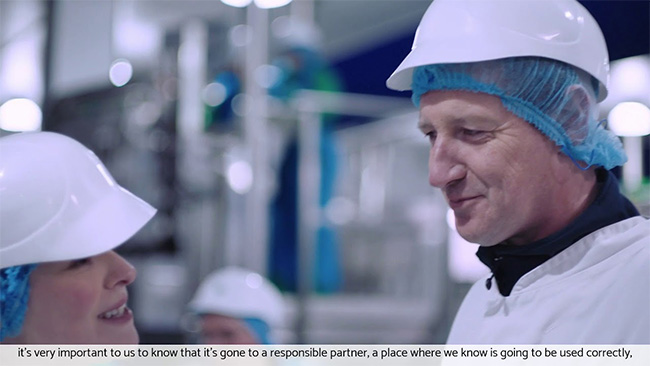 Click here to watch the other FoodCloud case studies.