More than eight in ten (86%) people in the UK admit to having limited understanding of an important component of a varied, balanced diet – whole grain – with many unsure of which foods contain whole grain and why it’s important to eat it.

The research, commissioned by Nestlé Cereals, found that nearly three quarters (74%) of people are unaware that whole grain can help to reduce the risk of type 2 diabetes, with a further 45% unaware that it can be good for heart health, when eaten as part of a healthy diet and lifestyle**.

This month a WHO-commissioned study published in The Lancet found a link between higher intakes of dietary fibre and whole grain foods and a reduction in the risk of a wide range diseases, including coronary heart disease, stroke, type 2 diabetes and colorectal cancer, and their risk factors[1]. 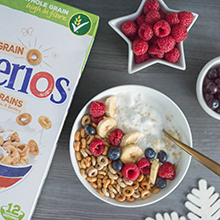 Whole grain provides a range of vitamins, minerals, fibre, starch and other nutrients. There are limited dietary guidelines for whole grain in the UK, however in other countries such as the US it is recommended adults eat three-to-five servings a day[2]. When asked about their fibre intake, more than 50% of the respondents admitted that they don’t think they eat enough fibre.

The campaign is running in-store as well as across TV, print, digital and social. It features Nestlé Cereals products, including Shredded Wheat, Shreddies and Cheerios, and highlights the fact that each serving contains 8 grams of whole grain. 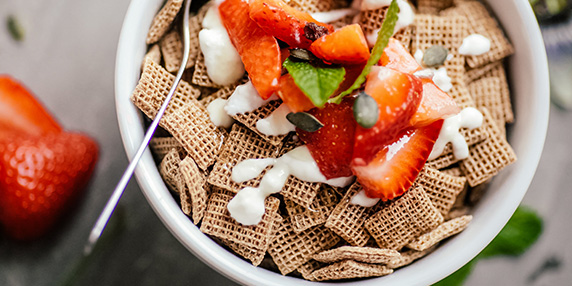 Toby Baker, Marketing Director UK & Australia, Nestlé Cereals, said:
“Whole grain plays an important role in a healthy, balanced diet but unfortunately, as our research shows, many people have a limited understanding of its benefits. Whether it’s not knowing which foods contain whole grain or not realising that whole grain is a source of fibre, vitamins and other nutrients, it’s clear that there are a lot of misconceptions among UK consumers.

“Our campaign aims to address this and raise awareness of the fact that our breakfast cereals that feature the green banner on-pack are an easy way to get a daily dose of fibre and whole grain!”

Established in 1990, CPW is a long-standing partnership between Nestlé and General Mills, bringing together the world-class capabilities of both companies. Headquartered in Switzerland, CPW has a strong global network with 4,600 employees, 17 factories, four R&D centres and sales teams in more than 130 markets.