The cassava root is already something of a plant-world superhero. As one of the most drought-resistant crops in the world, it provides a staple food for half a billion people.

Now, cassava has a new mission: to empower women and stamp out child labour in the cocoa-growing communities of West Africa.

That’s a lot to expect of a shrub.

Back to the classroom

To understand why cassava holds such power, first you need to understand the importance of school when it comes to tackling child labour. Children who spend their days in the classroom are much less likely to have to do difficult and dangerous work on their families’ cocoa farms.

Ideally education is available to all. When it comes to child labour, UNICEF says “universal primary school education may be the single most effective instrument for meeting this challenge”. 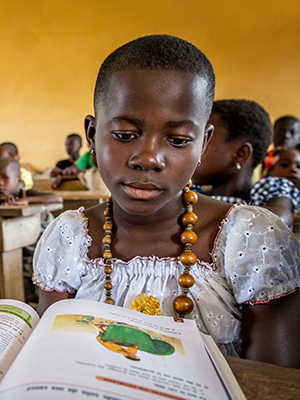 Getting children into the classroom is one of the most effective ways to address the problem of child labour.

It is one of the UN Sustainable Development Goals that all girls and boys complete free primary and secondary schooling by 2030. In places where that ambition has not yet been achieved, the key is making access as wide as possible.

In Cote d’Ivoire, for example, key cocoa buyer Nestlé works with the government and suppliers to widen access to education. Partnering with the World Cocoa Foundation, the company has built and refurbished more than 40 schools in the country.

But many children still aren’t getting an education.

The power to change

Cocoa production in Cote d’Ivoire is traditionally a man’s world and the contribution women make frequently goes unrecognised. Men are the ones registered as members of the growers’ cooperatives and the ones who collect payment for the crop. The woman’s share is dependent on her relationship with the man.

Studies have shown (pdf, 25 Mb) that when women have more control over household budgets, family spending patterns change in ways that benefit children. More goes on food and education, less on alcohol and cigarettes.

In fact, the World Bank estimates the nutrition and health improvements for children that result from a CHF 10 increase in women’s income would require a CHF 110 increase in male income.

When women generate more income, there's a better chance that the money will be spent on the family, including paying for their kids to go to school

So, it follows that if you can help women generate more income from their activities, there is more chance that the income will be spent on the family and supporting the children to go to school.

Which is why Nestlé has formed a special alliance.

The company has joined forces with the International Cocoa Initiative (ICI) to help women earn enough to pay for two children to get an education. The ICI is a partnership between unions, local organisations and the chocolate industry which aims to improve the lives of children and help eliminate child labour in cocoa-growing communities.

Which brings us back to the humble cassava. In West Africa, it is a crop traditionally grown by women. Helping women develop small businesses as cassava growers fits in with the cultural practices of the area.

Besides growing cassava for the family to eat, part of the crop can be sold, giving women a direct income. This reinforces their economic status both within their households and their communities. 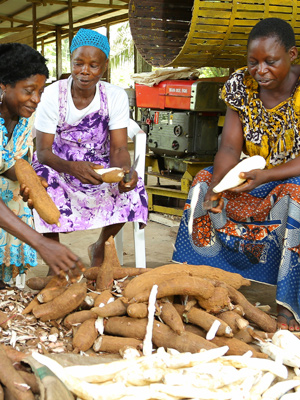 But it is not easy. There are issues around women gaining control of the land they need. Communities often need help understanding how much women are already doing to produce the cocoa crop. They are then more likely to give the go-ahead for more cassava cultivation. Setting up projects can take many months and requires a lot of dialogue.

It’s more than worth the effort, though, according to Nick Weatherill, Executive Director of the ICI. "Where we have projects up and running, the initial results have been encouraging. The women we have helped are making more money than they need to send two of their children to school."

Helping women to generate their own incomes does not change their lives completely, nor those of their communities. But the cultural norms that have, in the past, restricted the role that women can play in the cocoa industry can be challenged.

Nestlé is promoting change directly where it can.

"Small changes like this could make a big difference in our efforts to address child labour," says the head of Nestlé’s global chocolate and confectionery business, Sandra Martinez. "Empowering women in their communities, in their families, is vital."

Small changes like this could make a big difference in our efforts to address child labour Nestlé Global Head of Chocolate and Confectionery, Sandra Martinez

In 2014, just one of the cocoa nurseries set up under the Nestlé Cocoa Plan was led by a woman. A year later, eight have female leaders and more will follow.

Step by step, these changes spread economic power within communities which in turn gets more and more children into school.

Cassava may seem like an unlikely hero in the battle against child labour. But by empowering women, it empowers children and empowers communities. That benefits everyone. 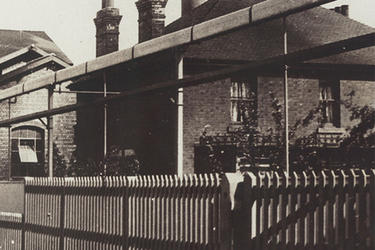 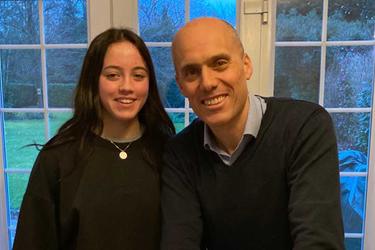 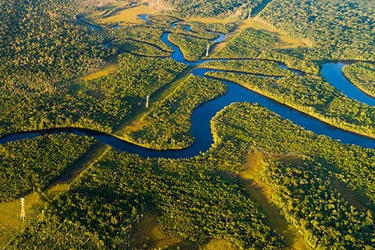 Agriculture
To The Top