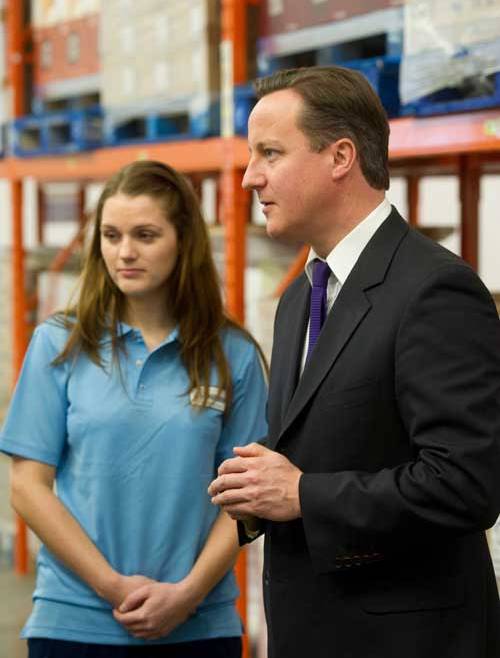 The Prime Minister David Cameron MP  visited our Tutbury site to tour the factory and view our plans for the new extension.

The Prime Minister met with some of our apprentices and graduates to discuss the commitments we are making through the Nestlé Academy to invest in skills and vocational training.

Nestlé UK & Ireland today announced the investment of £110 million in its Tutbury site in Derbyshire creating a world class coffee manufacturing facility. The extension to the existing NESCAFÉ Dolce Gusto plant will treble its production capacity and create 300 new jobs.

Over the past five years Nestlé UK & Ireland has invested over £100m in the Tutbury factory, strengthening its position as a leading NESCAFÉ production plant and introducing the NESCAFÉ Dolce Gusto brand. Twelve new high speed production lines will be introduced in a new extension which will manufacture pods for sale in the UK and export to over 38 countries around the world.

Already a major employer in the local area, the workforce at the factory has grown from 160 to 500 employees since 2006 and will expand to 800 people by 2013. Of the 300 new employees some will become part of the first intake into the Nestlé Academy, a new initiative under which Nestlé UK & Ireland has committed to double its number of graduates, apprentices and internships.

Paul Grimwood, Chairman and CEO, Nestlé UK & Ireland said: “Over the past five years we have undertaken a multi-million pound investment programme in the UK, establishing our next generation of world class competitive manufacturing facilities.  This investment in Tutbury will extend our best in class facility, trebling our production capacity for export to over 38 countries across the globe. In order to grow we need to innovate and we are committed to the continued modernisation of our UK manufacturing capability.”

“Recruiting the best people for our business is the key to our continued success. Through the Nestlé 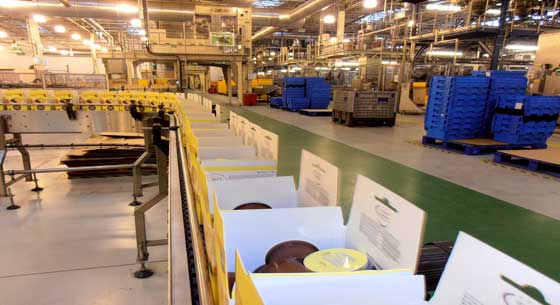 Academy we will double our number of apprentices, graduates and internships supporting the economy through the training of skilled workers .  We will also provide on the job training which will open academic study to those who otherwise might not feel this is a route open to them.”

Welcoming the announcement, Prime Minister David Cameron MP said: ““This new investment by Nestlé and the jobs it will create is brilliant news for UK manufacturing and for the local community.

"This demonstrates what can be achieved by investing in capacity and people as Nestlé has done consistently over recent years.  The jobs created by this new investment will benefit both skilled workers and those leaving school who will be able to train in the workplace to become the skilled workers of the future.

"Manufacturing is crucial to the new economy we are building – an economy where we’re making and selling the products the world wants to buy. This investment shows the confidence that there is in the UK, it is clear that we have got a great manufacturing future."

Tutbury is one of only two production centres for NESCAFÉ Dolce Gusto in the world. Since its launch in 2006 demand for the ‘coffee shop at home system’  has been phenomenal with current growth of around 50%.  NESCAFÉ Dolce Gusto is now available in 41 countries and in 2010 had a  turnover of CHF 450 million.  In March 2011 Nestlé announced an investment of CHF 64 million into a new production line at the NESCAFÉ Dolce Gusto factory in Spain which will double production and create 150 more jobs.

Recruitment is already underway for positions at the Tutbury factory.  The Nestlé Academy brings together the company’s Graduate and Apprentice Programmes, Direct Entry Schemes and 'on the job' vocational training and qualifications.

Over the past five years Nestlé has undertaken a multi-million pound investment programme, establishing our next generation of world class competitive manufacturing facilities in the UK.  Nestlé factories in the UK supply not only the UK market but also export to overseas markets, particularly in the EU. This investment programme includes:

Nestlé has always sought to invest in the communities in which we operate and last year donated a £1.65m contribution to the River Dove Flood Defence Scheme. The scheme will protect the 2,000 homes in Hatton, Egginton and Scropton that are at serious risk of flooding from the Lower River Dove.  As well as financial support Nestlé has also committed specialist consultancy advice and space on Nestlé owned land for contractors to use during the projects development.

About Nestlé in the UK

For information on Nestlé S.A., click on the following link: www.nestle.com

For further information please contact the Nestlé Press Office on 0208 667 6005.