The Labour MEP was greeted by Howard Baker, Nestlé Fawdon Factory Manager and given a tour of the facilities by Andrew Griffiths, Sustainability Manager including the £3.2 million state of the art anaerobic digestion (AD) plant.

The morning started with a presentation from Charlotte Mummery, Head of Recruitment for Nestlé UK&I who gave an introduction to the Nestlé Academy and the Youth Employment Initiative where Nestlé are creating 1,900 employment opportunities for young people over the next three years.

Jude Kirton-Darling MEP then enjoyed a tour of the Nestlé factory led by apprentice Tom Skidmore and witnessed production of the iconic Toffee Crisp which launched in 1963. 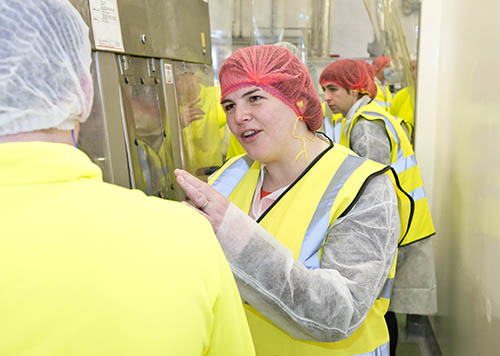 Following the factory tour, Megan Gilfillan, Environment Graduate led a tour of the AD plant which tackles around 1,200 tonnes of food waste a year and also converts over 200,000 litres per day of trade effluent into renewable energy.

The process sends liquid and solid waste into the AD plant where naturally occurring bacteria digest the waste, creating biogas. This is used to generate renewable energy along with reducing greenhouse gas emissions and producing clean water. 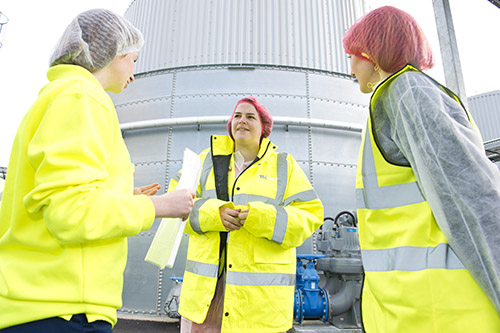 “Nestlé is an important employer locally and it’s great to hear about their efforts to create jobs for young people. Tackling youth unemployment is one of my key priorities and it was good to hear from some of the young people who have benefitted. It was also very interesting to see how the plant is able to generate electricity and reduce the waste that goes to landfill”.

Fawdon is a ‘lighthouse factory’ for Nestlé’s integrated sustainability approach, acting as a test bed for exploring new ideas and technologies, accelerating progress towards the company’s sustainability vision and acting as a learning centre. The site has already been verified for sending zero waste to landfill in 2012, three years ahead of target.