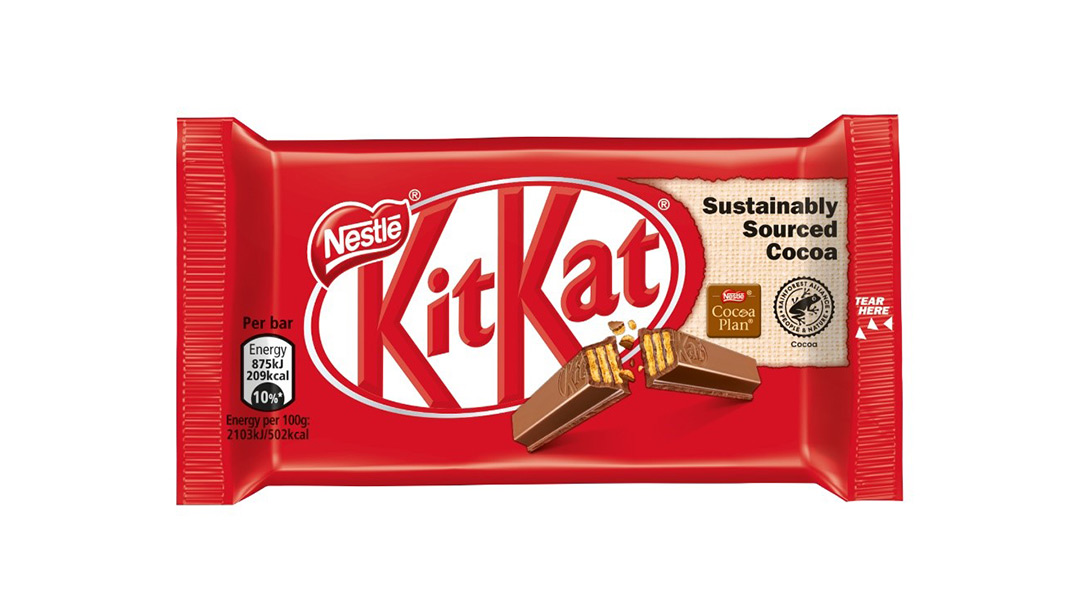 KitKat, the perfect balance of light crisp wafer and smooth chocolate, has been one of the nation’s favourite chocolate bars since its launch in 1935 and today is bought by more than 60% of UK households every year.

Created originally as a four-finger bar, the top-selling two-finger product was added to the range in the 1960s before a third format, KitKat Chunky, was launched in 1999. KitKat has also seen success over the years by introducing a series of flavour variants, from classics such as mint and orange, through to more recent inventions such as Cookie Dough and salted caramel.

The iconic ‘have a break, have a KitKat’ line has been used continuously since its first TV advertising in the 1950s.

85 years on, York is still the home of KitKat with the world’s biggest KitKat factory making over four million bars every week.